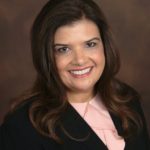 If your company has never reported unclaimed property, or has not consistently filed reports over the years, it is probably only a matter of time before you end up on the state’s radar.  Most likely, your state of incorporation, your corporate headquarters or any state where you have a large footprint, will be raising the red flag.  Even publicity, good or bad, can draw the attention of the state’s unclaimed property administrator.

Think you are in compliance by filing a report annually with the states?  Think again.  Under-reporting, not turning over all property due and owed to the state, can also land your company on the state’s audit radar.  Based on your industry type, the states have expectations about what property types should be reported.  There is also an expectation that all divisions and subsidiaries will be in compliance as well.  States compare you to your competitors and others in your industry of similar size and revenue.  If company A is reporting an average of $100,000 in unclaimed property each year and Company B is reporting $10,000 in property, that may lead to increased scrutiny for Company B.  Similarly, if Company A is reporting wages, commissions, accounts payable, and accounts receivable but Company B is reporting only wages, commissions and accounts payable; at minimum, Company B may receive an inquiry from the state regarding the accounts receivables.

Preparing and filing unclaimed property reports can be a complicated, arduous task.  Just as the act of filing the state report does not necessarily equal compliance, it also does not assume complete accuracy of the data reported. The most common mistakes are incorrectly determining the dormancy period and reporting property to the incorrect state.  Dormancy periods vary by state and by property type.  They require frequent monitoring to ensure that they are up-to-date and accurate.  Most unclaimed property software companies will provide updates as part of the subscription, but if they are not applied, or if you are using free online reporting software and thus performing your own dormancy calculations, there is a high level of risk that the incorrect dormancy periods could be applied.

While some states advise that they will accept de minimus amounts property on behalf of other states, the practice of reporting all property to one state is ill-advised.  The concept of reciprocity among the states is both fleeting and inconsistent at best. While some states make a good faith effort to send property due to other states on a regular (usually annual) basis, other states do so as time and resources permit, and will often only reciprocate to those states that send property to them.  In addition, reporting all property to one state does not negate the dormancy rules of the other states.  You are still obligated to apply the proper state dormancy periods to ensure that the property is being reported at the appropriate time required by law.

Missing a state’s reporting deadline, not filing in the appropriate format or not abiding by the state’s rules for preferred payment method can also result in penalties and/or interest according to some state laws and, at minimum, increased visibility on the state radar.  While the states, for the most part, will accept the NAUPA (National Association of Unclaimed Property Administrators) format, there are some state-specific variations that may apply, depending upon the type of property being reported.  Reporting formats, payment methods and remittance directions can usually be found on the state web site.

If you find that your company has committed one or more of the infringements above, there are remedies available that leave you in control of the process before the states come knocking at your door.  To get into compliance, states sometimes offer one-time amnesty programs with generous provisions for reporting large amounts of out-of-compliance property.  More often, you have the option of enrolling in a state’s Voluntary Disclosure Agreement (VDA) Program. The program requirements vary by state but generally offer a way to report out-of-compliance property penalty and/or interest free and be relieved from audit of the property reported.  In some states, the process of obtaining a VDA can be as remarkably simple as making a phone call to the unclaimed property administrator, in other states it will require a formal agreement along with disclosure of the methodologies used for determining the liability.  Navigating the various state rules surrounding VDAs can be time consuming, but well worth the effort to be in control of the process and avoid penalties and interest that can sometimes exceed the liability.

In the event that circumstances beyond your control will prevent you from filing a report on time, many states are reasonable in working with you to extend the deadline.  Extensions are usually granted for system issues, sudden personnel changes, natural disasters and weather-related emergencies and other unforeseen events.   This is a viable option when making the deadline is not.

When weighing all of your options to come into compliance, be sure to make owner location and outreach part of the equation; preferably before you reach out to any state to discuss voluntary compliance or other solutions.  Owner location is an opportunity for you to pay your customers directly or reinstate accounts before they are deemed abandoned and unclaimed and can prevent the over-reporting of property.  Once you have signed an agreement with the state, you may be under time constraints to turn over the property.

Delaware, New York, Pennsylvania, Connecticut, Illinois, Vermont, Florida, California, Texas and Michigan all have reporting deadlines in Spring/Summer 2017, starting on March 1 with Delaware and ending on July 1 with Texas and Michigan.  Many of these states can be punitive if reports are not filed on time or in the appropriate format.

While states are aggressively pursuing audit targets and invoking their rights under the unclaimed property laws to impose penalties and interest on late property, they are also actively working with holders to turn over property voluntarily.  There are some holder friendly and favorable voluntary programs currently being offered by the states.  Because program requirements and conditions could change at any time, particularly with administrative changes taking place at the beginning of the year, companies should consider taking advantage of the current opportunities.  It’s a win for the holder and the state.